Following a distinguished career as a trial lawyer with one of Boston’s oldest and finest litigation firms, Sugarman, Rogers, Barshak & Cohen, P.C. (SRBC), Jeff is now devoting all his professional time to ADR. During a legal career, spanning over forty years, Jeff tried more than fifty cases to verdict, including product liability (for both plaintiffs and defendants), medical malpractice (for both plaintiffs and defendants), professional liability, insurance coverage disputes, a wide variety of business disputes and probate matters. He was also a “lawyer’s lawyer” representing attorneys in law firm break-ups and bar disciplinary matters. He was a military intelligence officer in the United States Army from 1968-1971.

For the last twenty years, Jeff integrated an active ADR practice into his professional career. He has mediated or arbitrated well over 500 cases. His ADR practice has featured the same breadth as his litigation work, with a particular emphasis on all types of personal injury cases and business matters, but also including employment, construction and probate.

Jeff has lectured and written widely on trial practice topics and ADR. He has been a guest lecturer at the law schools of Harvard, BC, BU and Northeastern. He is a member of the National Academy of Distinguished Neutrals and was selected as a Distinguished Fellow of the American College of Civil Trial Mediators. Jeff serves on the ADR committee of the Mass Bar Association and has been a “Massachusetts Super Lawyer” in ADR and listed in Best Lawyers in America in ADR for over ten years. 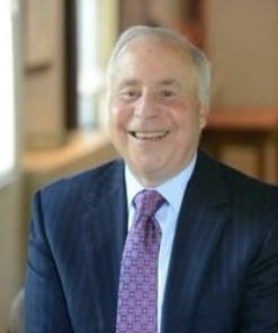