Associate and Partner at Tillinghast Collins & Graham, Providence, RI, from 1980-1988

Independent facilitator, mediator, and arbitrator: December 1, 2012 to date. During my career, I spent over 25 years of my professional career as a litigator. Virtually all of my work was in litigation—the resolution of complex business and other disputes. These ranged from financial and anti-trust cases to major construction and long term natural gas pricing contractual disputes to significant business tort and contract cases. My practice evolved over time such that, toward the end, at least 50% of my work was in arbitration and mediation.

ADR EXPERIENCE: I am experienced in varied negotiation contexts as lawyer and as COO/CEO. In the mid-1990’s, I was part of the first certified ADR panel for the United States District Court for the District of Rhode Island. We received very thorough training, and thereafter, I conducted Early Neutral Evaluations and mediations under the auspices of the Federal District Court. In 1998, Chief Justice Torres (Federal Court) appointed me arbitrator to resolve the final dispute between the two developers of the Providence Place Mall. After two weeks of hearings, I issued an opinion resolving the complex construction and contractual issues. After retirement from Blue Cross, I have mediated and arbitrated a number of complex commercial cases, including healthcare, insurance, construction and contract disputes.

I have a combination of legal and business experience together with a personality that lends itself to alternative dispute resolution. I believe the same skills can be applied to “facilitation,” by which I mean, assisting parties who are negotiating complex contracts or renewals to reach resolution, particularly in healthcare negotiations.

OTHER PROFESSIONAL EXPERIENCE AND ASSOCIATIONS: I am a member of the American Arbitration Association’s (AAA) Commercial and National Healthcare Rosters, its Commercial Mediation Roster, and a former member of its Healthcare Dispute Resolution Advisory Council. I also am a member of the American Health Lawyer’s Association (AHLA) ADR Panel and its ACO Task Force. I am a member of the Massachusetts Bar Association ADR Committee and the ABA Dispute Resolution Section. I have been a guest speaker for the national Blue Cross Association legal counsel summit, the World Health Care Congress, the AAA, and the AHLA regarding healthcare policy, reform, ACOs and the merits of alternative dispute resolution in payor-provider and other healthcare disputes. I have had many other speaking and writing engagements on healthcare and ADR. 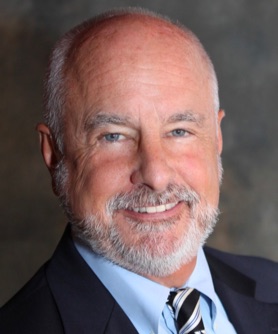