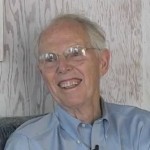 Roger Fisher, a pioneer in the field of international law and negotiation and the co-founder of the Harvard Negotiation Project, died on August 25, 2012. He was 90 years old. A professor at Harvard Law School for more than four decades, Fisher established negotiation and conflict resolution as a field deserving academic study and devoted his career to challenging students and colleagues alike to explore alternative methods of dispute resolution.

Over his career, Professor Fisher eagerly brought his optimistic can-do brand of problem solving to a broad array of conflicts across the globe, from the hostage crisis in Iran to the civil war in El Salvador. His emphasis was always on addressing the mutual interests of the disputing parties instead of what separated them. As he would tell his students, “Peace is not a piece of paper, but a way of dealing with conflict when it arises.”

Fisher’s work laid the foundation on which much of the field of negotiation and conflict resolution has been based. His best-selling book, “Getting to Yes: Negotiating Without Giving In” (co-authored with William Ury in 1981), has been translated into 23 languages and has sold more than 3 million copies worldwide. Prior to the publication of “Getting to Yes,” there were almost no regular courses in negotiation taught at academic institutions. Now there are hundreds, if not thousands, of courses devoted to negotiation.