After graduating from law school, Judge Mills clerked to Hugh H. Bownes, United States Judge in the District of New Hampshire. Judge Mills then served as an assistant district attorney for Middlesex County, then moved on to the Massachusetts Attorney General’s office as a division chief in the criminal bureau. Prior to his appointment to the Massachusetts Appeals Court, Judge Mills maintained offices in Boston, Danvers, and Provincetown. During his thirty-two years of private practice, his appearances were diverse in many courts, State and Federal, from district and municipal in Massachusetts and New Hampshire, to the United States Supreme Court in Washington, and, in between, the Massachusetts Land, Probate, Superior, Appeals and Supreme Judicial Courts, and the Federal District Courts in Massachusetts, New Hampshire, Pennsylvania, and the First Circuit. After concluding prosecutor work, his private practice initially concentrated in criminal defense and “people in trouble.” From 1985 to 2001 his practice was principally in the area of the use, reuse, and misuse of urban land, and during those years he presented approximately two thousand cases to local governmental agencies (e.g., zoning and planning boards, conservation commissions) and several State agencies, e.g., Department of Environmental Quality Engineering, Massachusetts Highway Department, Alcoholic Beverage Control Commission, Department of Telecommunication and Energy. He represented individuals before regulatory boards, for example, Registration in Medicine and the Board of Bar Overseers. He argued three cases in the United States Supreme Court in which his party prevailed. In land-use permitting he represented individual homeowners as well as developers of office parks, shopping centers, and condominium projects. As a land-use practitioner, he was involved in a variety of disputes between proponents, neighbors opposing, and various “small town fights.” His real estate clients included sellers, buyers, owners, and developers. In private practice he worked with many lawyers and appeared before several hundred judges in various State and Federal courts.

Over the course of 11 years as an appellate justice Judge Mills was the principal author of more than 100 published decisions. He has heard and considered matters involving substantive legal issues related to all legal disciplines within the jurisdiction of the Massachusetts Courts, including but not limited to:

He participated in the final review and disposition of approximately three thousand cases while a justice in the Massachusetts Appeals Court. 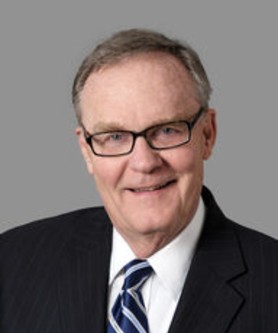