Submit a Case
/ MDRS Blog Posts / We are saddened to announce the passing of Jon T. Skerry, a member of the MDRS panel. 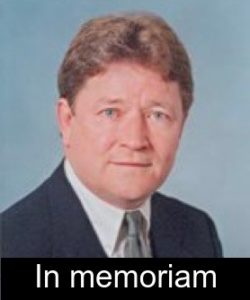 We are saddened to announce the passing of Jon T. Skerry, a member of the MDRS panel.

Jon was tirelessly devoted to his family and clients up until the time of his death. He earned his law degree from Suffolk University, served in the US Army and was stationed overseas in Frankfurt Germany. In Salem, he was well respected and was known for his kindness, sense of humor and storytelling.

Jon T. Skerry, age 70, a lifelong Salem resident, passed away peacefully surrounded by family on September 22nd, 2020.
Jon was born on June 26, 1950 in Peabody, MA to Carol and Christopher Skerry. Jon was a devoted husband to Rebecca Skerry, proud and loving father of two daughters, Kathleen Skerry and her husband, Nick Tsolakis, of Boston and Annie Skerry of Brattleboro, Vermont. Jon leaves behind two treasured grandchildren, Holden Crosby and Vasia Tsolakis. He is survived by his sister, Patricia (Skerry) Julian of Salem, brother Scott Michaud, and his companion Leslie Richardson of Yarmouth, MA, niece, Jacquelyn Julian of Salem, nephew David Julian of Milford, MA, aunts and uncles Susan and Stephen Feit of Pocatello, Idaho and Mary and John Girasella of Reading, MA along with many cousins, in-laws, nieces and nephews, great-nieces and nephews and many other extended family members.
Jon attended Salem Public Schools. He graduated from Salem High School in the class of 1968 and was senior class president. He earned his undergraduate degree from the University of Massachusetts, Amherst and his law degree from Suffolk University. He served in the US Army and was stationed overseas in Frankfurt Germany.
Jon worked as an attorney for over forty years, tirelessly devoted to his clients up until the time of his death.
He was an avid sports fan, especially Boston teams, as well as college football and basketball. He loved attending games at Fenway Park with his family.
Jon was well-known for his sense of humor and storytelling. He loved entertaining, laughing, and being surrounded by family. He was well-respected and known in the community for his kindness.
Jon is predeceased by his father, Christopher Skerry, mother and stepfather Carol and Gil Michaud, uncle, William Doherty, and mother- and father-in-law Simone and George Strout.