Submit a Case
/ Arbitration / MDRS Welcomes David A. Mills to the Neutral Panel 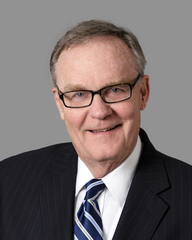 It is our great pleasure to announce the appointment of Judge David A. Mills to the MDRS Panel of Neutrals. Judge Mills’ remarkable background includes his service at the Massachusetts Appeals Court from 2001 to 2012. He has since then provided case evaluations in appellate matters, trial litigation matters, Single Justice practice, and pre-trial consultatons with a goal toward exploring alternative methods of dispute resolution. He is trained and experienced in ADR in its varied modes, receiving training with Professor Roger Fisher at the Harvard Negotiation Project in 1989. Judge Mills has also participated in extensive mediation training with MWI and MCLE in Boston, and has acted as a mediator in the Salem, Haverhill, Gloucester, East Boston and South Boston divisions of the Massachusetts Trial Court. He volunteers with SERV (State Employees Responding as Volunteers), primarily in the Middlesex and Suffolk Probate and Family Courts. Judge Mills is a member of the Trial Court Committee on ADR and was recently appointed to the Massachusetts Bar Association’s ADR Committee; he also serves as a Commissioner on the Massachusetts State Ethics Commission. Prior to his appointment to the Massachusetts Appeals Court, Judge Mills was a lawyer with a practice based in Boston and Danvers, maintaining private offices for thirty-two years. As a lawyer, his court appearances were diverse in many courts. His practice concentrated on zoning and land use and, for a time, criminal defense and “people in trouble.” He has been involved in a wide range of cases and represented many angles in disputes, from land disputes between opposing neighbors and “small-town fights”, to sellers, buyers, owners and developers in real estate matters. As a veteran of 47 years in the courts, Judge Mills is an advocate for mediation as an integral first response to disputes before time consuming, expensive litigation. Judge Mills has said that “in mediation, the parties seek a resolution that gives each something of value, often a resolution that saves time, money, and minimizes damage to relationships.” His work has given him substantive grounds as an advocate for ADR who will continue to enrich the practice with his many years of experience. We are very excited to have his services available to MDRS clients.